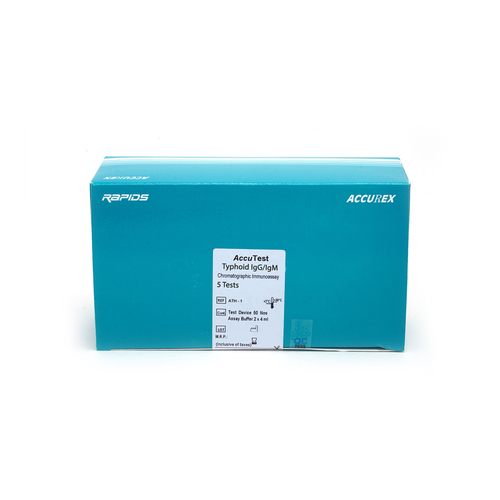 Typhoid fever is caused by S. typhi, a Gram-negative bacterium. Worldwide an estimated 17 million cases and 600,000 associated deaths occur annually. Patients who are infected with HIV are at significantly increased risk of clinical infection with S. typhi. Evidence of H. pylori infection also presents an increased risk of acquiring typhoid fever. 1-5% of patients become chronic carrier harboring S. typhi in the gall bladder. The clinical diagnosis of typhoid fever depends on the isolation of S. typhi from blood, bone marrow or a specific anatomic lesion. In the facilities that can not afford to perform this complicated and time-consuming procedure,

Filix-Widal test is used to facilitate the diagnosis. However, many limitations lead to difficulties in the interpretation of the Widal test.

In contrast, the Typhoid IgG/IgM Rapid Test is a simple and rapid laboratory test. The test simultaneously detects and differentiates the IgG and the IgM antibodies to S. typhi specific antigen thus to aid in the determination of current or previous exposure to the S. typhi.

Typhoid IgG/IgM test card should be stored at 4-40C. The card may be stored at room temperature but not exceeding 40C in the original sealed pouch. The shelf life or expiry of the card is printed on Pouch as well as carton label. The test kit should be kept away from direct sunlight, moisture and heat.

G is pre-coated with monoclonal anti-human IgG for the detection of IgG anti-S. typhi , and the C band is pre-coated with goat anti rabbit IgG. When an adequate volume of test specimen is dispensed into the sample well of the cassette, the test specimen migrates by capillary action across the test cassette. Anti-S. typhi IgM if present in the patient specimen will bind to the Typhoid conjugates. The immunocomplex is then captured on the membrane by the pre-coated anti-human IgM antibody at test region M, forming a pink-purple line at M region, indicating a S. typhi IgM positive test result.

Anti-S. typhi IgG if present in the patient specimen will bind to the Typhoid conjugates. The immunocomplex is then captured by the pre-coated reagents on the membrane, forming a pink-purple line at test region G,indicating a S. typhi IgG positive test result. Absence of any pink-purple line at test region (M and G) suggests a negative result. The test contains an internal control (control line) which should exhibit a pink-purple line of the immunocomplex of goat anti rabbit IgG/rabbit IgG-gold conjugate regardless of the color development on any of the test region. Otherwise, the test result is invalid and the specimen must be retested with another device 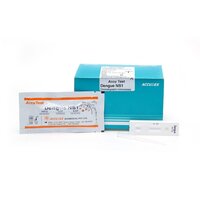 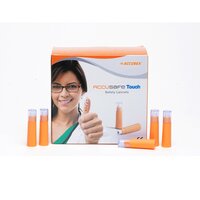 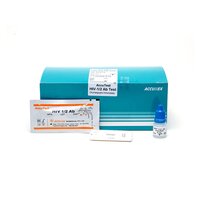 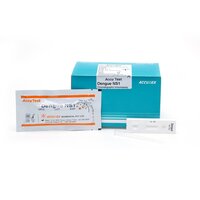 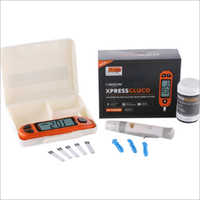 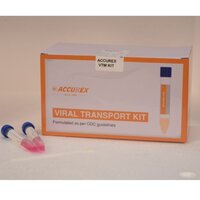